Alfred Courmes is a French painter born in 1898 in Bormes – les-Mimosas. He first settled in Paris in 1925. He then exhibited cubist paintings at the Salon des Indépendants and the Salon d’Automne. He then left France for Belgium and settled in Ostend, on the Belgian coast. There he met James Ensor, Constant Permeke and Félix Labisse, and also immersed himself in the rich heritage of Flemish painting, including the works of Jan van Eyck and Brueghel, among others.

This clash between traditional painting on the one hand and the surrealist and expressionist vision on the other will be a reference point for Courmes’ painting. He then takes up themes from mythology or the Christian religion and diverts them for humorous purposes, or by incorporating sexual connotations. This stance did not leave many detractors speechless. But the artist does not stop there and continues on his way.

See more
It is not uncommon to see modern elements, whether objects or clothing, but also images taken from advertisements or tabloids, integrated into classical compositions from antiquity or the Middle Ages. Alfred Courmes confronts the spectator with absurd, comical and even blasphemous anachronisms in order to provoke reflection.

In 1946, he exhibited works at the Surrealist exhibition in Lille alongside his friend René Magritte. In 1972, at the 12 Years of Contemporary Art exhibition held at the Galerie Nationale du Grand Palais, he was recognized as a major figure for the generation of young artists who exhibited with him and was awarded the Prix Panique. He will be present at the exhibition "Mythologies Quotidiennes" at the Musée d'art moderne de la ville de Paris in 1976, as well as at the exhibition "Les Réalismes entre révolution et réaction 1919-1939" at the Centre Georges-Pompidou.
Ask for an online expertise 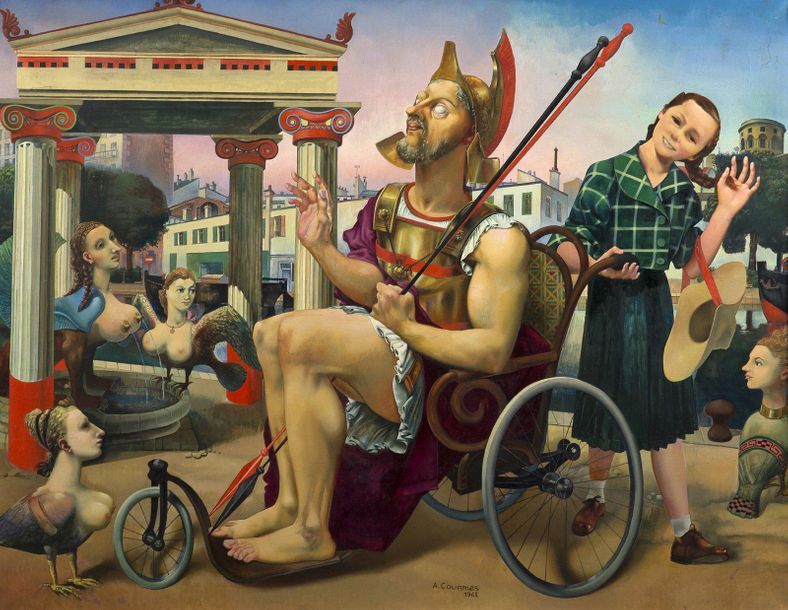 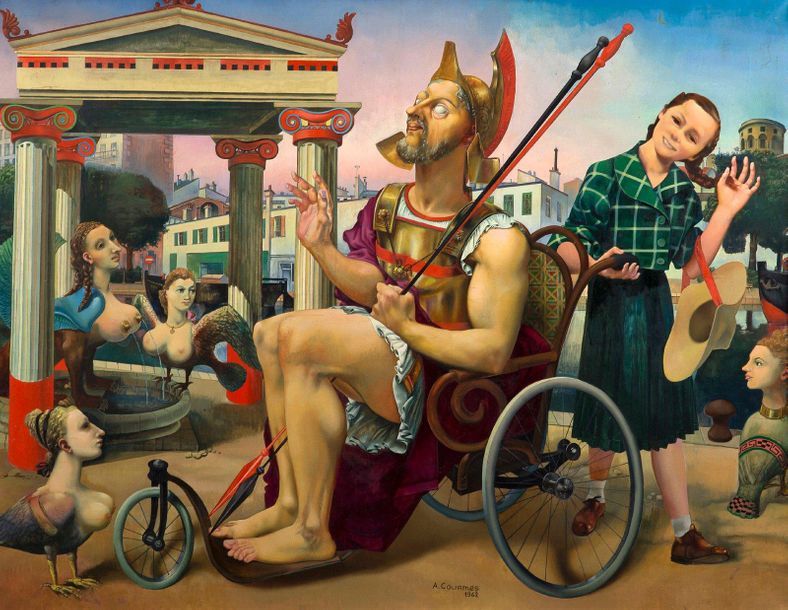 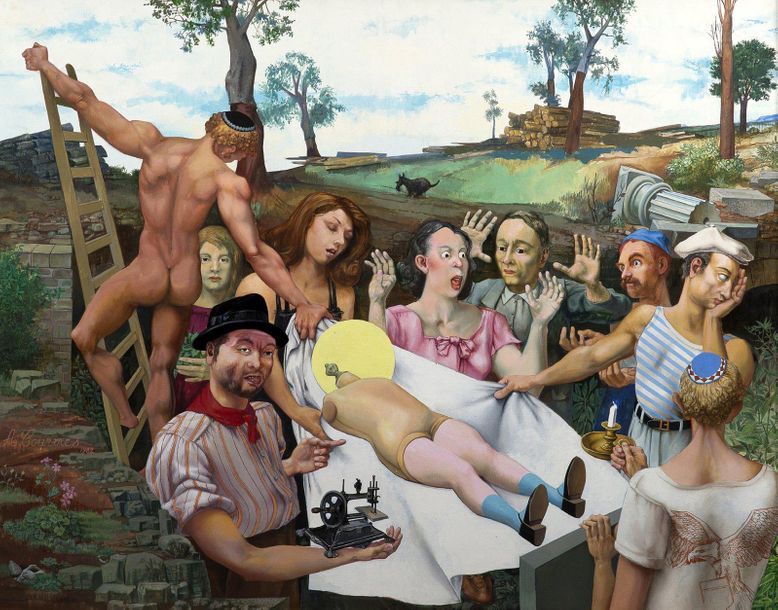