A central figure of the Manhattan art scene in the 1980s, Jean-Michel Basquiat is an American artist who, through his works of art, created his own artistic movement in the streets of New York. Recognized during his lifetime, he made his definitive entry into the history of contemporary art and is presented in the world’s greatest museums. Jean-Michel Basquiat is also causing a stir in the modern and contemporary art market where auction houses and art galleries compete for his works.

Painter of the New York underground, Jean-Michel Basquiat can be considered one of the shooting stars of Modern Art. Basquiat was born in 1960 in Brooklyn to a Haitian father, a renowned accountant with whom he had a difficult relationship, and a Puerto Rican mother who was sensitive to art but emotionally fragile. He left home at seventeen, precocious and rebellious, he devoted himself to painting at the age of nineteen. When he died nine years later, he left behind him more than 2,000 drawings and about a thousand paintings. Coming from the generation of graffiti artists who emerged in New York at the end of the 1970s, he quickly attracted the attention of the media and other artists including Andy Warhol. Their mutual fascination led them to paint together from 1984 until Warhol’s death, which Basquiat survived by only one year.

Basquiat’s work reflects the way in which the graffiti counter-culture of the early 1980s became a critically acclaimed and publicly celebrated artistic phenomenon. Basquiat has skillfully combined a multitude of traditions, practices and heterogeneous styles in his art to create a unique visual collage. His work derives directly from his urban origins and Afro-Caribbean heritage. Basquiat was born in 1960 and became known in the art world under the pseudonym of graffiti artist SAMO (for “Same Old Shit”), a fictional character who earns his living selling a false religion.

Shown for the second time by the Larry Gagosian Gallery, he was one of the youngest artists ever exhibited at the Whitney Museum of American Art. His works sell effortlessly; his signature works by itself.

The Contemporary Art department of Aguttes Commissaire-priseur regularly offers Jean-Michel Basquiat’s works for auction, thanks to his dynamism in research, artwork expertise and advice to art lovers, whether they wish to buy or sell. Jean-Michel Basquiat’s paintings regularly obtain important auction results at Aguttes. For example I am not a crook, an oil on cardboard and canvas (21.5 x 15 cm – 8 1/2 x 5 7/8 in.) sold at auction in 2019 for 80.600 €. 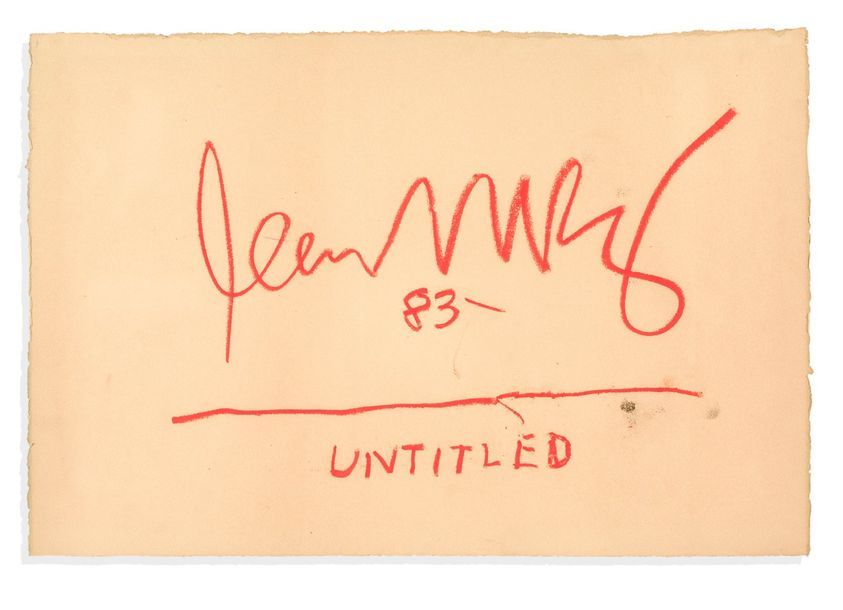 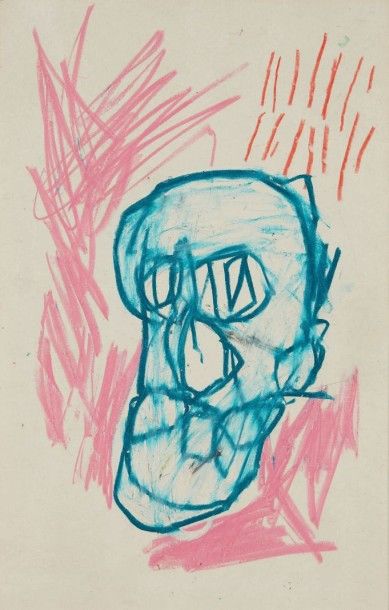 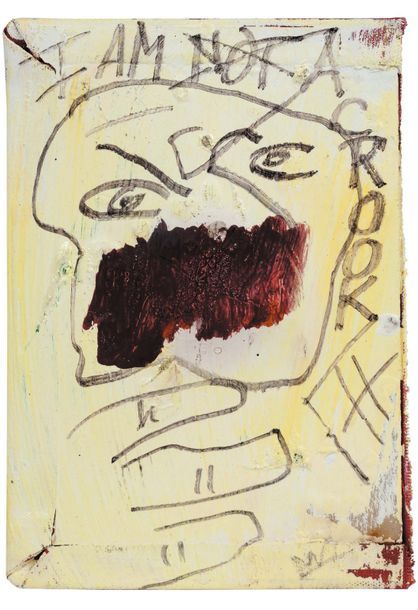 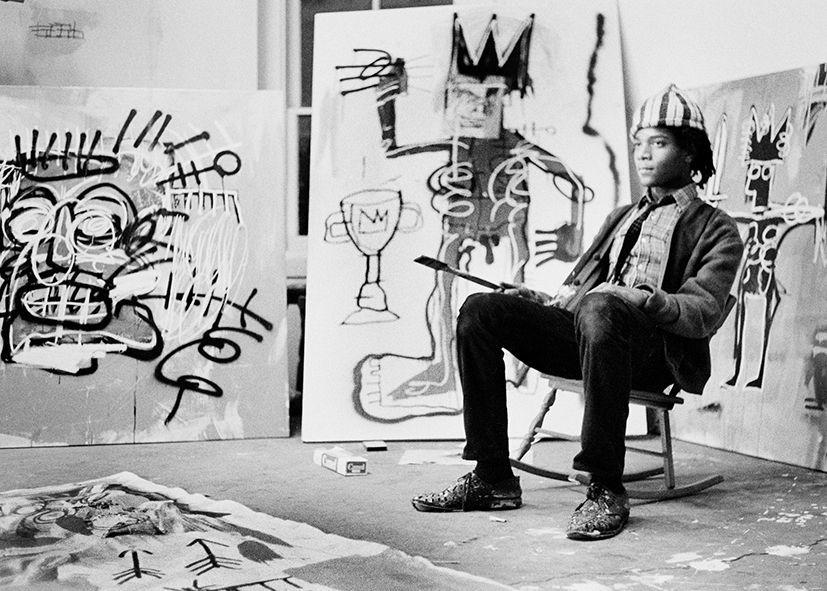 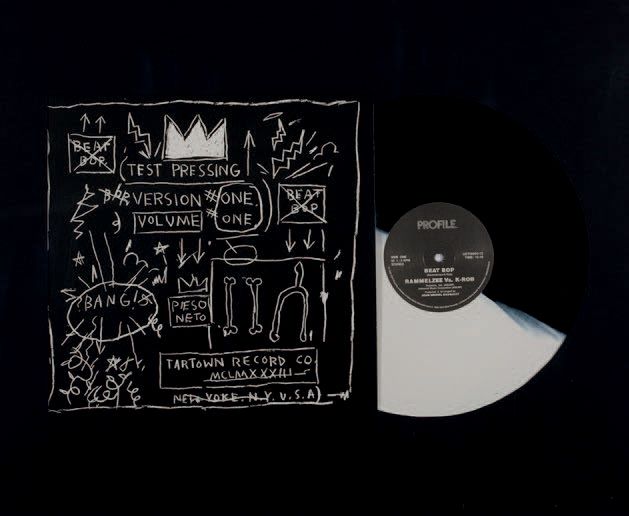 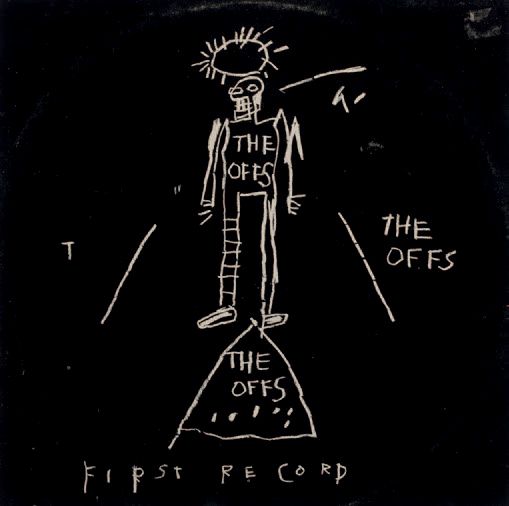