Tom Wesselmann, born in 1931 in Cincinnati and died in New York in 2004 is an American painter, he is one of the best known representatives of the American Pop Art movement, along with other emblematic figures such as Roy Lichtenstein and Andy Warhol. He studied at the University of Cincinnati before serving in the army from 1951 to 1954, during the Korean War. During his service, he began to create drawings, a hobby that he hopes to turn into a career at the end of his two years of service.

Tom Wesselman’s work is divided into two major series, large female nudes (Great American nude) and still lifes (Still life), made from collages of images cut out of magazines and found objects. His nudes, which he began early in his career, quickly drew attention to him. Eroticism is constantly present in the series of his Great American Nudes, composed in flat and simplified forms.

See more
He had his first solo exhibition in 1961, at the Tanager Gallery in New York. In 2012, a retrospective exhibition will be held at the Montreal Museum of Fine Arts. The artist also exhibits abroad, where he enjoys a certain notoriety. In 2018 a retrospective exhibition is devoted to him, under the title The Promise of Happiness, at the New National Museum of Monaco (Villa Paloma).The Aguttes Commissaire-priseur study sells Tom Wesselmann's works at auction, obtaining very good results with important prices. In 2019, Embossed nude #3 (spread legs) an acrylic on paper (37.5 x 45.5 cm- 14 ¾ x 17 7/8 in.) from 1968 was auctioned for €57,200.
Ask for an online expertise 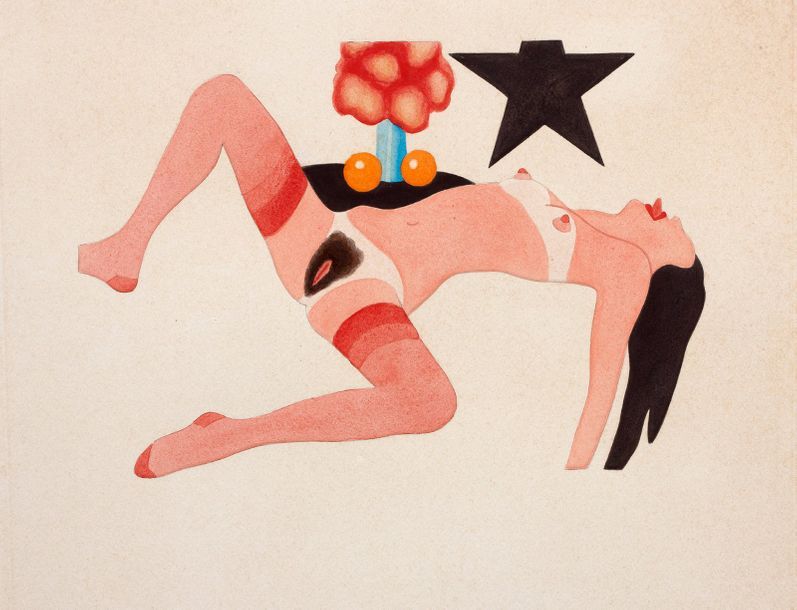 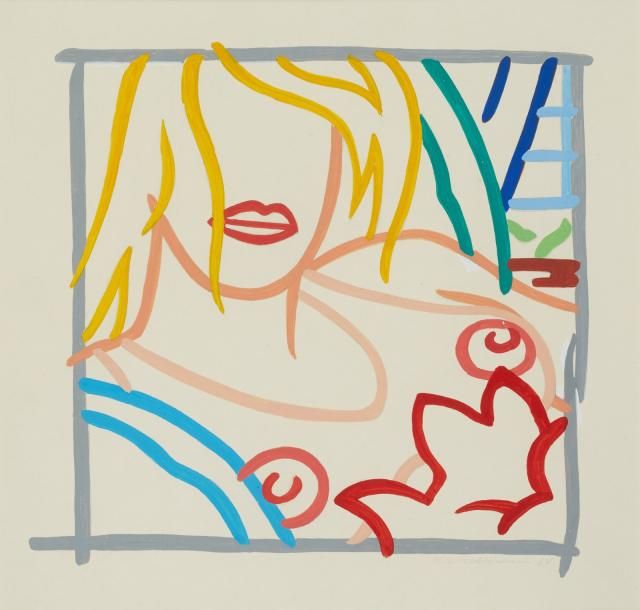