Lin Fengmian learns the techniques of traditional Chinese painting at an early age and sells his first work at just 9 years old. He was in Shanghai in 1918 when he heard about a study program in France and rushed there the same year. He then developed a passion for Western painters, which he studied first in Dijon and then at the Beaux-Arts in Paris, and discovered with wonder the collections of the Louvre and the Musée Guimet.

His European adventure continued in Berlin in 1923, and the following year he expressed his desire to marry Western art with Asian art by presenting some forty of his works at the Chinese Exhibition of Ancient and Modern Art in Strasbourg. The painter found his personal style, his mission as an artist and returned to China in 1925 where he became President of the National Academy of Arts in Beijing and Director of the Academy of Arts in Hangzhou. He never ceases to question himself, questioning at the same time the future of art in China. He will play an essential role in the development of Chinese contemporary art and will be the teacher of some of the greatest artists of the 20th century such as Zao Wou Ki and Chu Teh Chun. Lin Fengmian’s ideas on the fusion of Western and Chinese art are so revolutionary that he was persecuted during the Cultural Revolution. Indeed, the vivid colours of his palette and his sense of composition are reminiscent of the European painting of the Fauvists and Cubists. Moreover, he favours the use of a square format rather than the traditional long scrolls of calligraphy. Chinese art gives special importance to the emptiness that artists sometimes like to fill with a poem. One notices how Lin Fengmian breaks with this thousand-year-old tradition in “The Reading” and “The Pretty Musician”. In the former, the artist delimits his composition with two black stripes on the sides so that the eye is focused on his model in the centre and in the latter, he propels the musician forward thanks to a very tight framing and the foliage that surrounds her. The entire pictorial space is thus put to good use, as in his sublime landscapes where mountains, trees and small houses occupy the four corners of the paper.

The Chinese Opera with its flamboyant costumes and expressive gestures inspired him greatly, as did the colours, dynamism and energy of the Cubist works he had seen in France. He then decided to use a much more Western, and therefore revolutionary, palette in his choice of colours. With "La Lecture" for example, the bright shades of pink, blue and white collide with large touches of black, the work lights up and comes to life. Lin Fengmian paints without hesitation, his strokes are vivid and precise, the result is of an astonishing perfection. If the treatment of the subject is close to Western art, the subject itself is resolutely inspired by Chinese tradition. Our painter remains very attached to rice paper and ink for example. The latter is much more limited than oil when it comes to representing colours and textures. But the brilliant artist succeeds in varying the thickness of the ink layers and thus brings a new dimension, light and depth to his painting. Moreover, Lin Fengmian's admiration for the translucent porcelain of the Song Dynasty can be seen here in the white silk veil of the two women. The fabric is light, floating, vaporous just like the beautiful fluffy clouds of her landscapes. Nature is a recurring theme in Chinese painting and landscape is considered the noblest of subjects. Indeed, mountains and water would constitute the very essence of a painting. It should be noted that the word landscape in Chinese means "mountain and water". Lin Fengmian is careful to preserve these elements while bringing them vivid, almost acidulous colours that testify to his infatuation with the Western palette. His fabulous landscapes emanate a serene and peaceful atmosphere, the result of the artist's light and poetic touch. It is by drawing inspiration from both Western art and traditional Chinese art that Lin Fengmian manages to create a unique style, recognizable among thousands. Art historians have no trouble agreeing on the genius of this painter and do not hesitate for a second to identify him as the father of Chinese modernity.
Ask for an online expertise 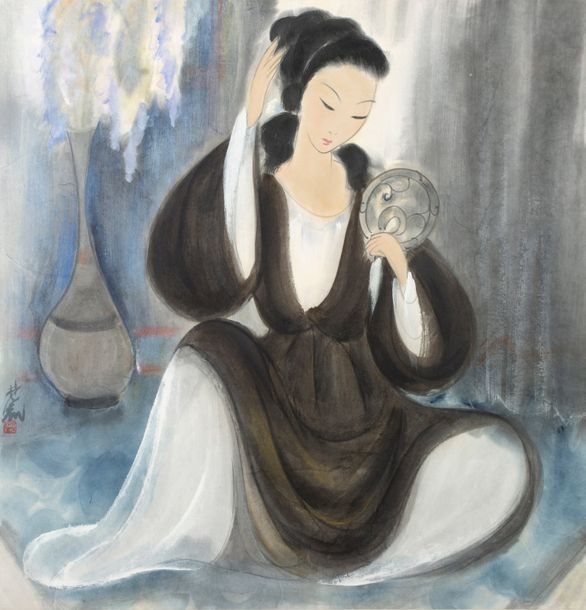 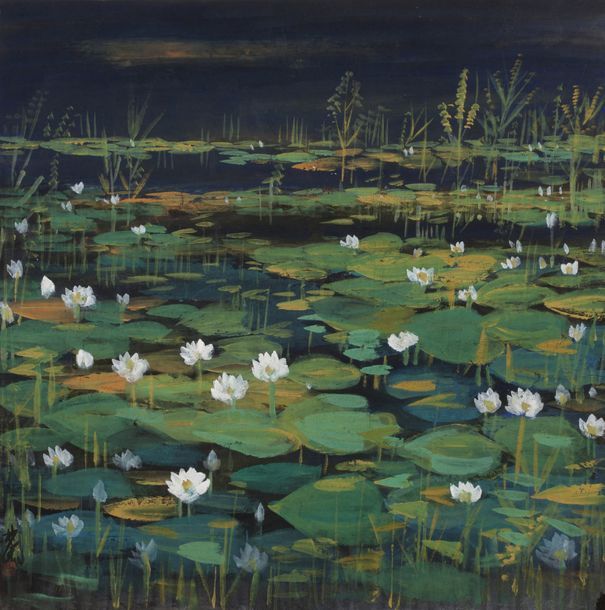 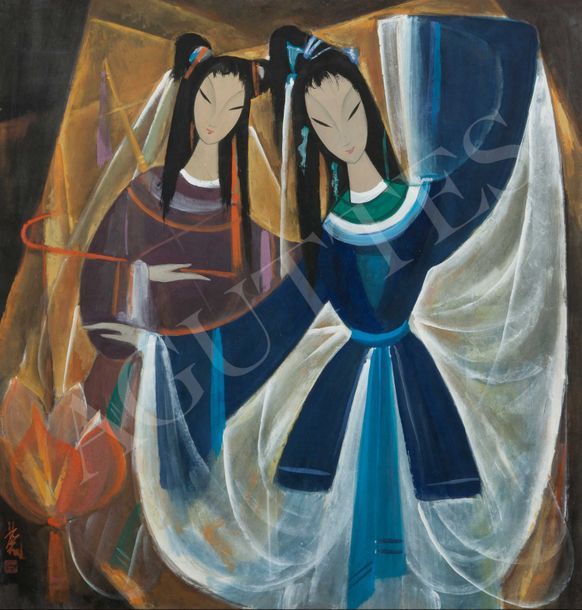 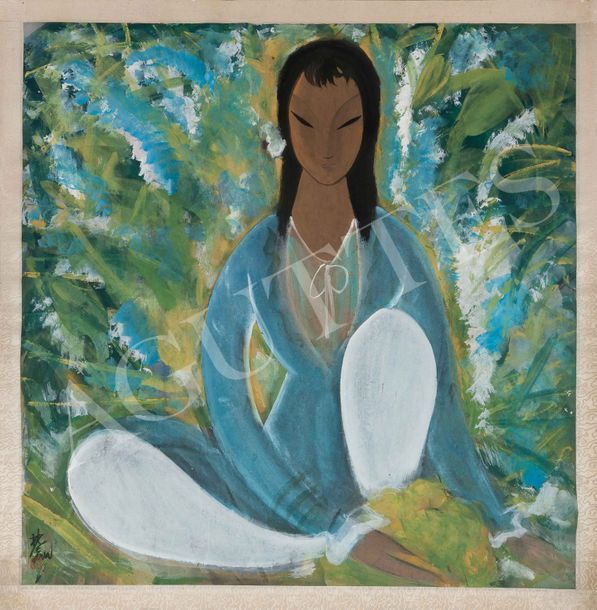 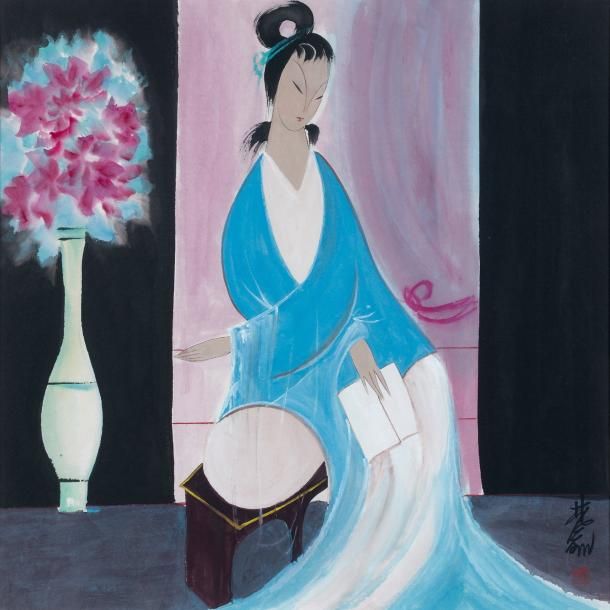 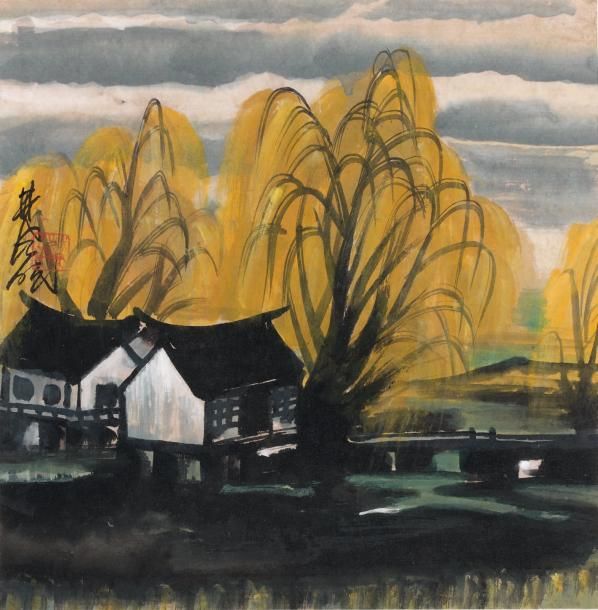 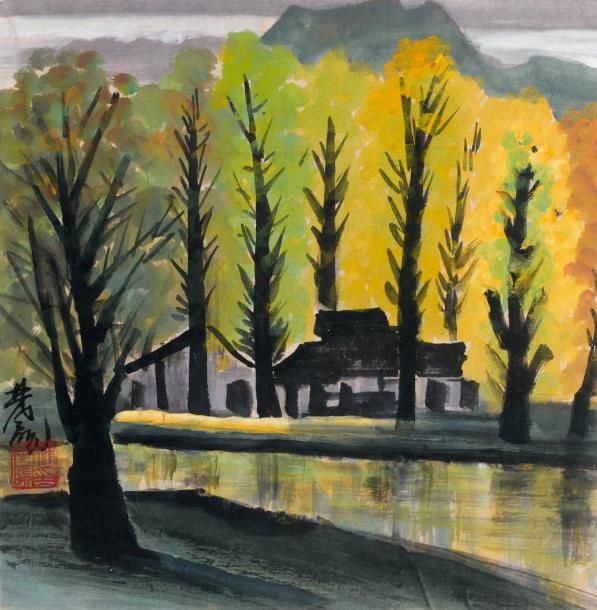 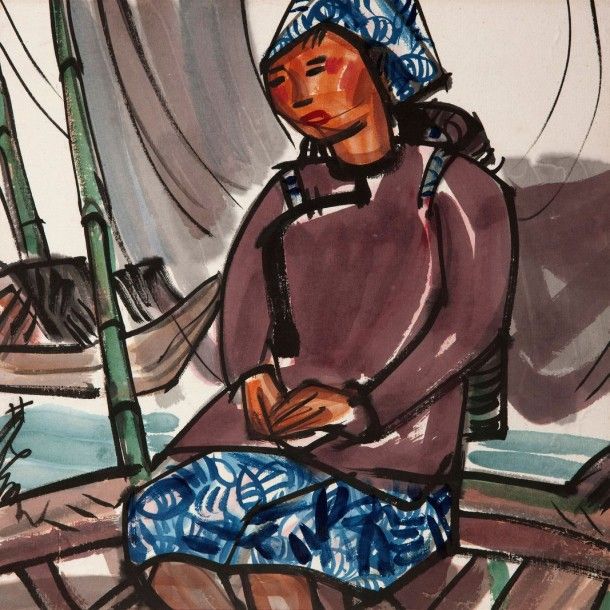 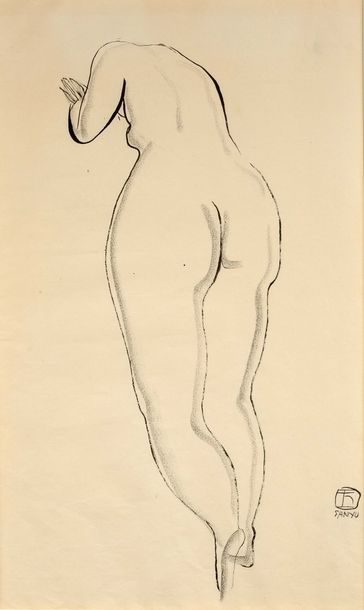 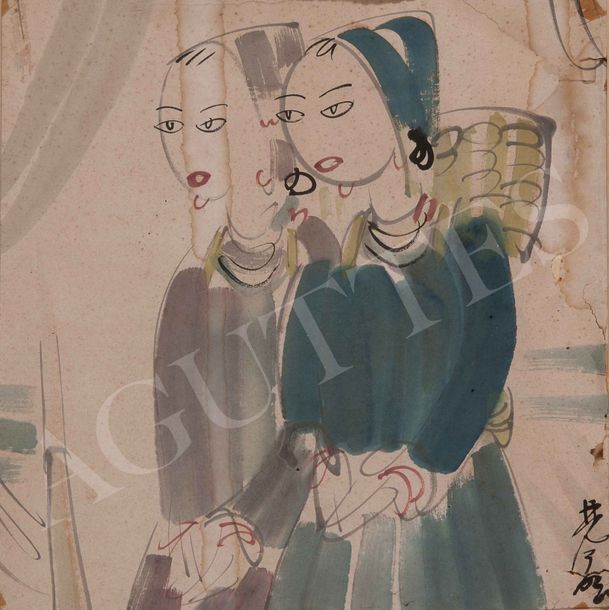 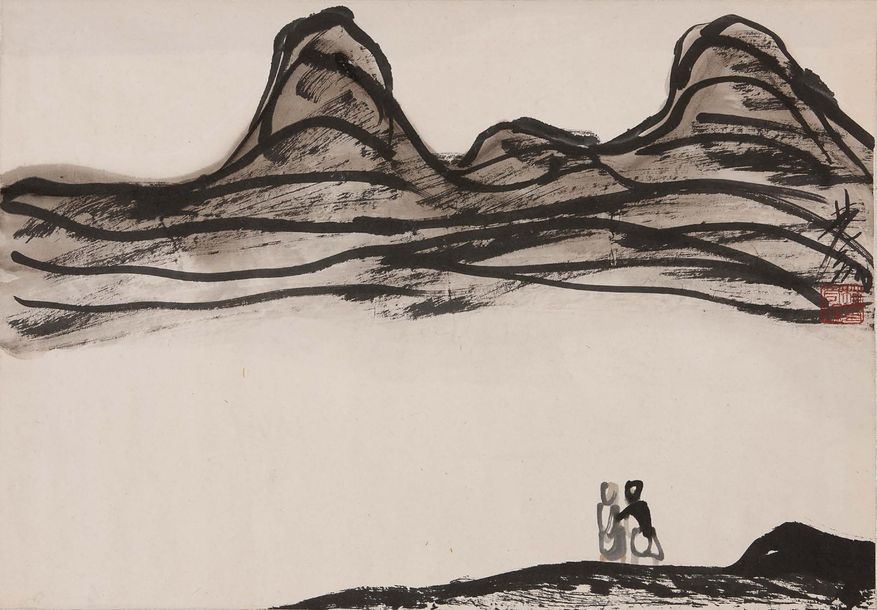