Born in 1868 in Saône-et-Loire, in a family that destined him for military functions, Edouard Vuillard regularly frequented the Louvre and eventually devoted himself to an artistic career. He entered the Académie Julian and then the Académie des Beaux-Arts in 1887, where he studied under Jean-Léon Gérôme.

Inspired by Maurice Denis, a few years later he joined the Nabis circle and, anxious to break free from academic conventions by borrowing Gauguin’s broad flat tones of colour, he gave his hitherto realistic art a more subjective treatment. Vuillard’s painting is thus impregnated with all the precepts of the avant-garde of the artistic scene of the time, which the artist combines and appropriates. Although he painted numerous canvases, the painter also produced pastel studies, large decorative panels and photographs. From the 1900s onwards, he finally turned more towards portrait painting, commissioned by the Parisian bourgeoisie. The artist was elected member of the Academy of Fine Arts in 1938, before falling ill and dying a few years later in La Baule. Having left his mark on the history of art, the artist now enjoys a very high profile, making his works highly prized at auctions. 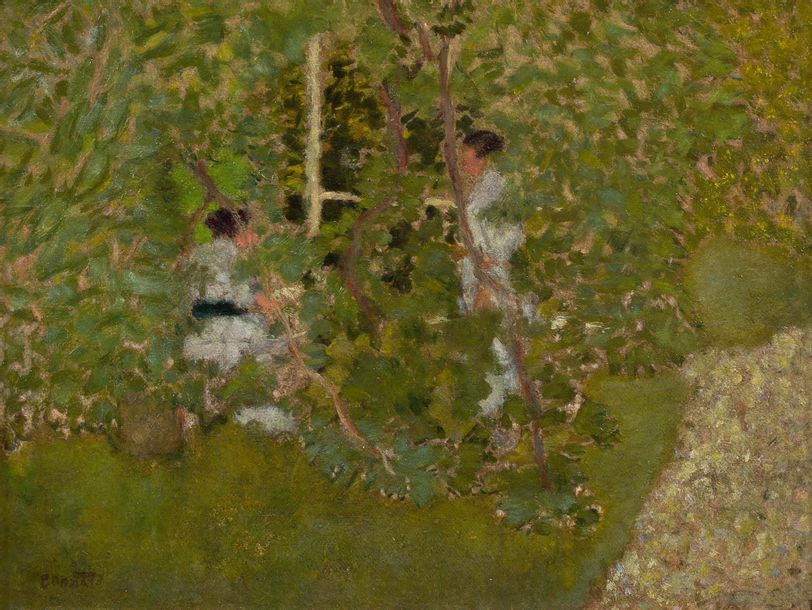 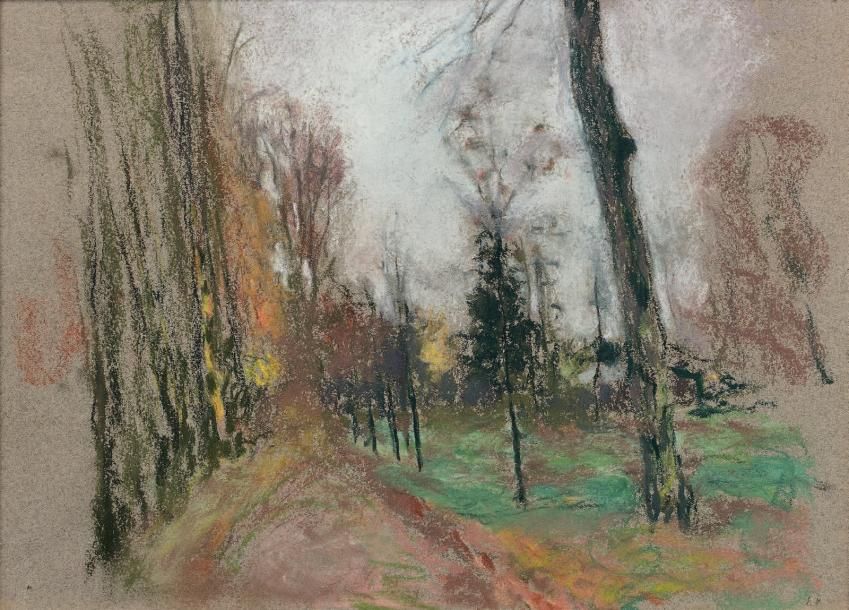 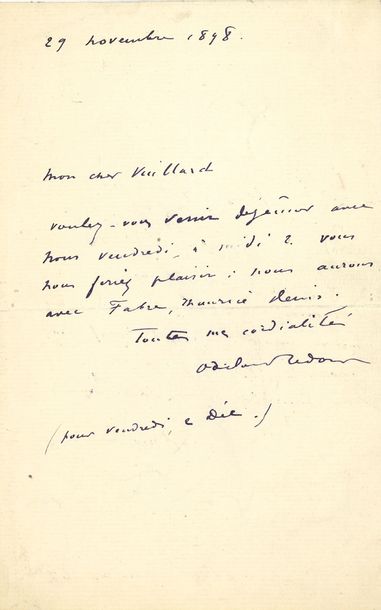 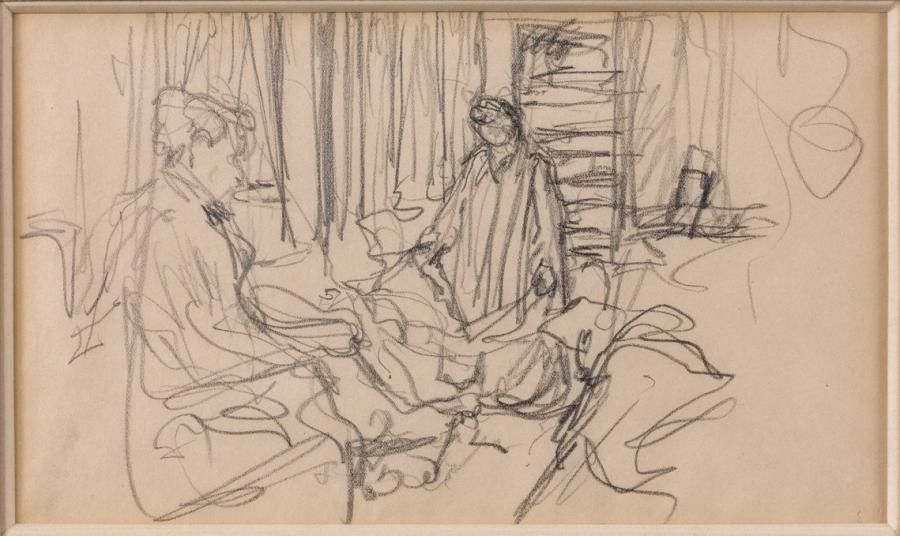 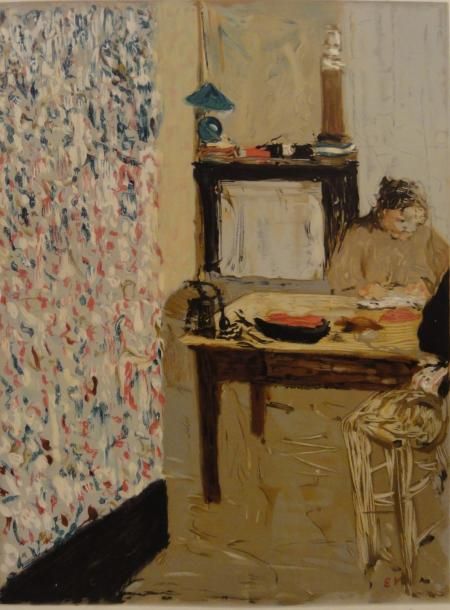