Silk scroll painting has been known in China for more than 5,000 years and has spread over the centuries to other countries in the Far East, imbued with their cultural specificities.
A particular form of scroll painting, the tangka or thangka, developed in Tibet. Tibetan art is closely linked to Buddhism, which appeared in the country at the beginning of the 7th century. Sculpture, painting, engraving, embroidery and architecture were grouped together under the name Regong arts from the 10th century onwards.
Thangka is one of the main manifestations of these arts. It is presented in the form of a rectangle painted on canvas or silk, finished at both ends by rods that allow the work to be easily unrolled or rolled up.

See more
Thangkas represent symbols such as mandalas, characters from Tibetan Buddhism or portraits of religious figures, including the Dalai Lama.
Some thangkas are decorated with drawings cut out of silk and embroidered on the support to give it relief. The oldest are strongly influenced by Indian style and iconography, which were superseded by the Chinese around the 15th century.
While most of these pious images are modest in size and can be easily transported, there are also large models that unfold against a wall or even on the slope of a hill. A thangka wall is erected in some Tibetan monasteries to accommodate giant paintings during ceremonies related to the Buddha's exhibition festivals.

Over the centuries, the style of thangkas has evolved, allowing professionals specializing in the appraisal of Asian antiquities to authenticate and estimate the pieces offered at an auction devoted to Tibetan art.
Ask for an online expertise 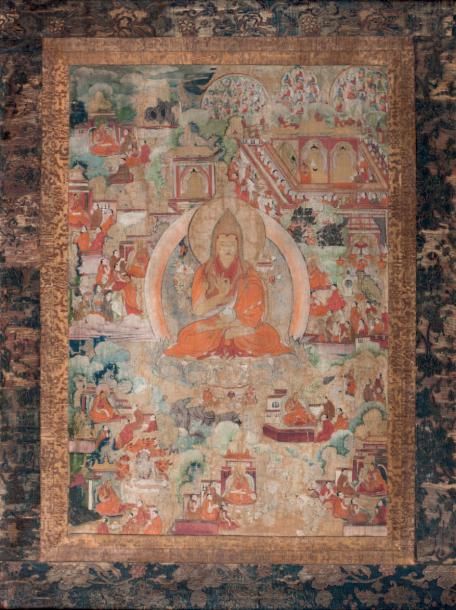 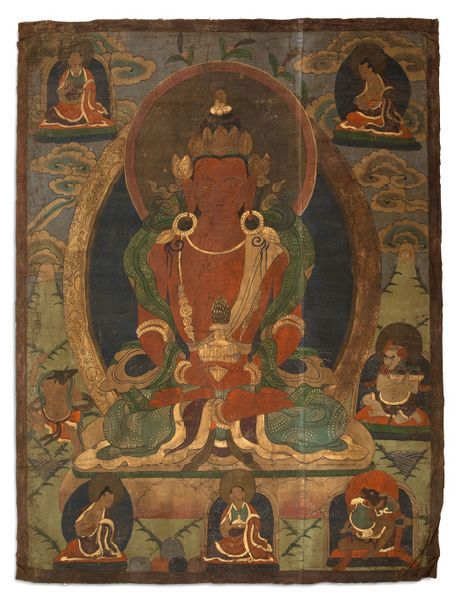